The NLP Parts Integration is used to improve congruency in the individual. To eliminate persistent unwanted behaviour patterns. It is an involved and very powerful technique.

Below is the process and an example of the NLP Parts Integration process in action.

The Parts Integration process is: 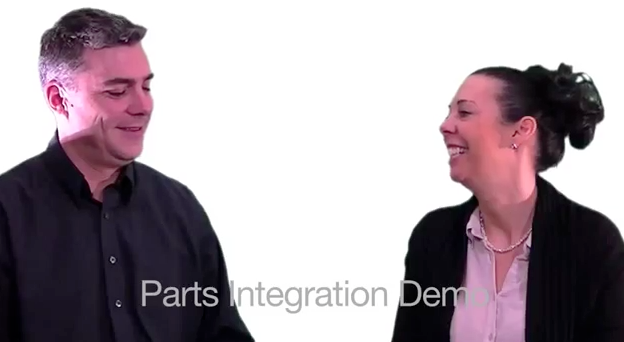 “All the worlds a stage, and all the men and women merely players: they have their exits and their entrances; and one man in his time plays many parts” – William Shakespeare

Each human being is complete; the combination of mind, body, energy and ceaseless consciousness… in essence we are absolutely and intrinsically Whole. We do not have literal non physical parts…however within the wholeness of our psyche fragmentation will occur. Because of this there will be a subsequent need for resolution, harmony and unity with regard to the differing, aspects and facets formed within the wider system on the deeply unconscious level.

These differing aspects, facets or non literal parts of a person are often formed during the early imprint years of our lives on a deep level within the unconscious mind as a result of significant emotional experiences, or SEE’s. Often manifesting as representations of significant others under the guise of minor multiple personalities, these parts often formulate and generate their own beliefs, values and behaviours. An individual will often invest their ideas, thoughts, beliefs and energies into different expressions of their own self – this often resulting in a wide array of differing, expansive and quite eclectic outcomes.

With this in mind, problems will be likely to arise when these expressions and outcomes are in fact incompatible and therefore cannot easily habitually coexist – when this happens a person will feel disjointed and sub-divided on a personal level into what is known in NLP as Parts. Crucially each part will have a coexistent, equal yet opposite counterpart, or alter ego.

In this context the word parts becomes a metaphor for personal incongruence’s that occur in the way that we feel. What compounds this situation is that these parts, whilst being judgemental of each other, will often express themselves simultaneously; manifesting themselves as deeply interpersonal power struggles.

In real terms these conflicting parts will often be experienced almost as an internal bargaining process …and can therefore be incredibly disempowering; often neither parts are strong enough to overcome the other…resulting in an uneasy imbalance, overwhelming feelings, reactions and perhaps disproportionate actions.

When one part does successfully cajole a triumph then the individual will often still be left with a personal unease and discomfort, this because the part that has acquiesced still belongs and has needs… they can be described as being un-reconciled. This process will continually repeat itself ad infinitum, one part securing a victory over the other, and then the other gaining the upper hand.

The one constant is that the individual will continually be experiencing sequential incongruity – this impacting upon personal well being.

There will be occasions when our parts will actually be in agreement with each other, when this happens the individual will be likely to feel at ease and experience congruence. At other times when our parts do not concur we will suffer from conflicting demands and will not know how to react or what to do; this will ultimately lead to incongruence and dissatisfaction. Our parts will always manifest themselves, usually being expressed through behaviour, phobias and compulsions.

One part may be committed to a strong work ethic, the other recognising the need for relaxation, socialisation and rest. In this case the person will either end up working in a less than committed, distracted way, or relaxing whilst suffering from strong feelings of guilt…perhaps eventually acquiescing to working with feelings of frustration or vice versa. All of these symptoms are born of the neglected parts inherent dissatisfaction with the resultant chosen behaviour; and willingness to continue some form of indulgent resistance unabated…to be “heard” regardless.

This type of experiential, subjective, ongoing internal process will undoubtedly be to the detriment of the individual; different parts being embroiled in periodic competition. The person be unlikely to be comfortable, happy or at ease regardless of the chosen course of action. It becomes something of a no win situation unless integration can be facilitated.

By utilising the NLP parts integration technique harmony can however be achieved between conflicting parts on the unconscious level; differing values and beliefs being brought into alignment and subsequently absorbed in a truly collaborative process. Each part and its opposite number will both have the same highest intention; they were after all both part of the larger whole…therefore reintegration is entirely possible on this basis. This collaboration is a literal process of mediation and negotiation, but is not a mere compromise – it effectively comprises the unified bringing together of opposing parts. A person that has integrated, compatible and harmonious parts will be likely to be congruent and therefore benefit from greater personal happiness. This will lead to empowerment, and enable for the formation of clear goals, positive decision making and lead to robust, constructive action.

Through the NLP Parts integration exercise, congruency can be facilitated quickly and easily by the practitioner. This process is extremely powerful and is based upon a highly involved interaction; this by virtue of the fact that a benevolent manipulation is occurring on the unconscious level of the client. The process incorporates meaningful elements of chunking, trance and hypnosis. It is therefore powerfully holistic, and an excellent way of dispersing unwanted persistent, problematic and detrimental behavioural patterns. This process of amalgamation is remarkably consequential as all of the parts are actually intimately interconnected, and therefore only truly explicable by reference to the whole.

Firstly, I introduced my client to the Parts Integration exercise by explaining how this technique is very powerful to create harmony between parts of the unconscious mind so that their values are in alignment and how it can be useful to overcome bad habits, indecision, procrastination and all sorts of internal conflicts.

So, I asked my friend to think about that part of him that he is not happy with and how this situation is a problem for him.

He explained that he is sometimes short-tempered and impatient and how this “out-of-control” behaviour sometimes makes him regret things and hurt others.

I asked him if he is agreeable to eliminate this part of him today and explained to him that I will touch his arms gently before starting, to show him how to sit during this intervention. He agreed and nodded.

He was now sitting, eyes closed and relaxed, with the palm of his hands facing the ceiling.

I told him to visualise this part of him who is short-tempered and impatient falling down from his left arm and to just have it sitting in the middle of his left palm, and to notice if that part looks like somebody that he knows?

He replied that he could see a picture of himself sitting in the middle of his left palm.

Then, I asked him to visualise the other part of him coming out through his right shoulder, rolling down his arms and letting it sit in his right palm, and to notice if this person looks like somebody that he knows?

He replied that he could see a picture of Samuel Jackson, the actor.

So now that he had the two parts sitting on his hands, I told him if he could talk first to the short-tempered and impatient person and asked him, what is his purpose for behaving in such a way?

He replied that he “doesn’t like to be confronted”, it is because of his stubbornness, inability to understand other peoples point of view and that he doesn’t like to see people getting “into his comfort zone”. He likes his solitude and doesn’t want anybody to infringe upon his territory.

I kept prompting the question until he arrived at a positive value and replied that he is “an achiever” and it is because of his desire to achieve results, goals and get things done quickly.

So, I asked him if I could talk to the other part now and just ask what his purpose is?

He replied that it has an admiration for people who are poised and self-confident.

Looking back at him, I asked him what purpose becoming as Samuel Jackson would have for him?

He replied that he will be able to “talk with wisdom and mindfulness” and that this is a personality trait he had always wanted to develop.

So, I asked him to realise how the intention of the two parts are somehow interconnected. They both have the desire to achieve something but it is only the vessel used to achieve the results, which is not the same thing.

Then I talked again, to the part that we want to join to the whole through this intervention and asked him what purpose he is serving and what is his intention?

He replied that his intention is to “achieve results and goals in his life through a poised and self-confident personality.”

At this stage I noticed something… I asked him to notice now how his hands are moving together, gradually as he starts realising that both parts are there for him to become a poised and self-confident achiever in life and that’s not something that he cannot be.

I could see subtle changes in his breathing rhythm while he was reflecting on both parts (using my NLP sensory Acuity skills).  I asked him to let his hands come together for that integration to take place and to bring his hands on his heart as an anchor sign whenever he would feel the conviction to do so before opening his eyes.

When his eyes were opened again, I asked him how he feels now about the initial feeling?

He replied that it has changed. He feels a state of awareness about this situation, a state that he hasn’t had before.

I then asked him to think about a time in the future when he might feel short tempered and impatient and to tell me what he will do in that situation?

He said he would have that picture of Samuel Jackson, his role model, in his mind.

I suggested that he always ask the question in his mind ‘What would Samuel have done in that situation?’ whenever he feels like he may be beginning to lose his cool.

I also suggested that he repeat this exercise for few days, on his own, first thing in the morning when he reaches the office for it to gain maximum impact on his life.

This was a good result from the NLP Parts Integration process.