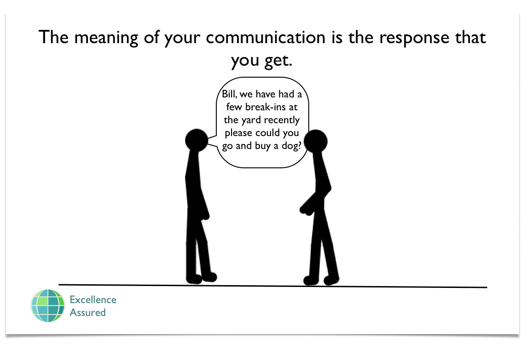 The meaning of the communication is not simply what you intend, but also the response that you get. You may have heard people say something like, ‘if you do not like what i have to say then that is your problem.’ I would suggest that is not the best form of communication possible.

If two people are communicating and one is asking the other to do something, then who’s responsible for getting the message across?   If they go ahead and do something that was not what you asked them to do because they had not fully understood the instruction, then who is responsible for the fact that the task did not get completed correctly?

I would like to suggest that it is you!

This is one of the Presuppositions of NLP.  A presupposition is a convenient belief, an empowering belief.  Many of these presuppositions were modelled from the Doctor and Hypnotist, Dr Milton Erickson.  He said that the best subject that he had in hypnosis became his best subject after 300 repeated inductions. Thats 300 repeated inductions!  Now he obviously had flexibility in his communication skills and also fantastic rapport in order to get the client to keep coming back for the 300 inductions!

The Philosopher, William James said in 1890 that the great revolution of his age would take place because people would learn that by making changes within themselves, they could make changes in other people around them. 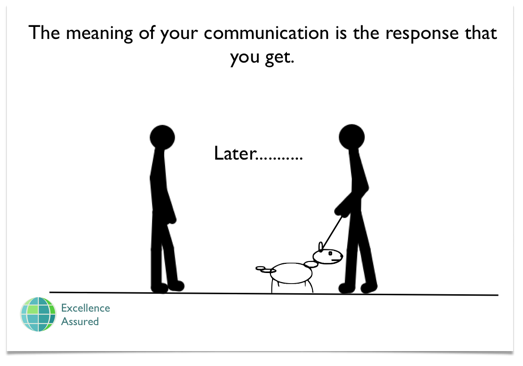