How to overcome fear of flying

How to overcome fear of flying

I know how inconvenient a fear of flying is. I used to have one! It got to the stage with me that I almost ended up driving a hire car back from Spain rather than getting on the plane home. Every time I got on a plane I was terrified and I actually expected to die!

A psychologist friend of mine told me that there was a medical term for my type of fear of flying, they call it catastrophising. He asked me if I was imagining in my head a catastrophic end to my flights? Indeed I was, I was repeatedly visualising the plane to develop a fault and crash to ground.  The thing was that until that moment I hadn’t realised that it was these thoughts that were causing my feeling of terror. It makes sense, after all it is quite natural to feel fear if you think that you are about to die, isn’t it?!

This realisation and new awareness enabled me to watch my thoughts more closely as it came up to the time that I needed to get on a plane, it certainly helped, but I was still unwillingly recreating these thoughts and also my fear. 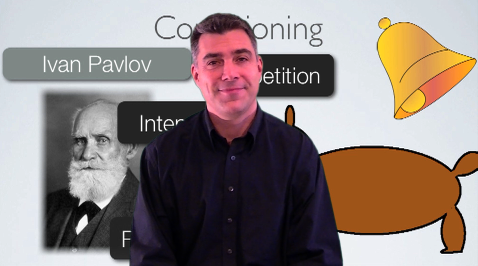 I eventually managed to overcome my fear of flying when I was on a flight to Malaysia. We had seats opposite those of the flight attendants, the plane was preparing for takeoff and I was going through my ritual of preparing myself for my death and catastrophising away to myself, takeoffs were always the worst part for me. Then the Malaysian lady flight attendant (who could obviously see me panicking) started chatting away to me, asking me what we were going to Malaysia, for how long, where were we staying etc, etc?….

…….And the next thing I knew we were already in the air, we hadn’t crashed as I had expected and the flight attendants were getting out of their seats. I started to relax.

The flight lasted over ten hours and during this time the lady flight attendant looked after me like royalty, keeping my dry white wine nicely topped up! We chatted some more as the plane was landing in Kuala Lumpur, she told me that she had been a flight attendant for ten years and flew almost every day, she was getting bored of it. I started calculating how many flights that she must have done in ten years…..if she did two flights per day on average for ten years, then that is 7300 flights……and she hadn’t died yet!!!!  It was at that moment that I overcame my fear of flying.

All of a sudden this new awareness cured me.  It told my mind that:

From that moment onwards I have never catastrohised, I have never had negative thoughts about flying, in fact I generally enjoy the experience now.

My knowledge of how I used to create my own fear of flying really helps when I work with my coaching clients to enable them to overcome their own fear of flying. Mostly they are going through the same process in their mind, and by giving them an awareness of how they are processing their thoughts in order to produce the fear really helps them find a solution to it.

We have an extremely good track record in assisting people to overcome phobias using a combination of NLP and cognitive behavioural therapy type techniques.

This video explains how I helped a client to overcome fear of flying using NLP Anchoring techniques.

If you have a fear of flying or you would like to help others to overcome their own fears, then training in NLP could be the answer for you. Train with us in NLP online.

NLP Techniques that help with a fear of flying include and are not limited to: